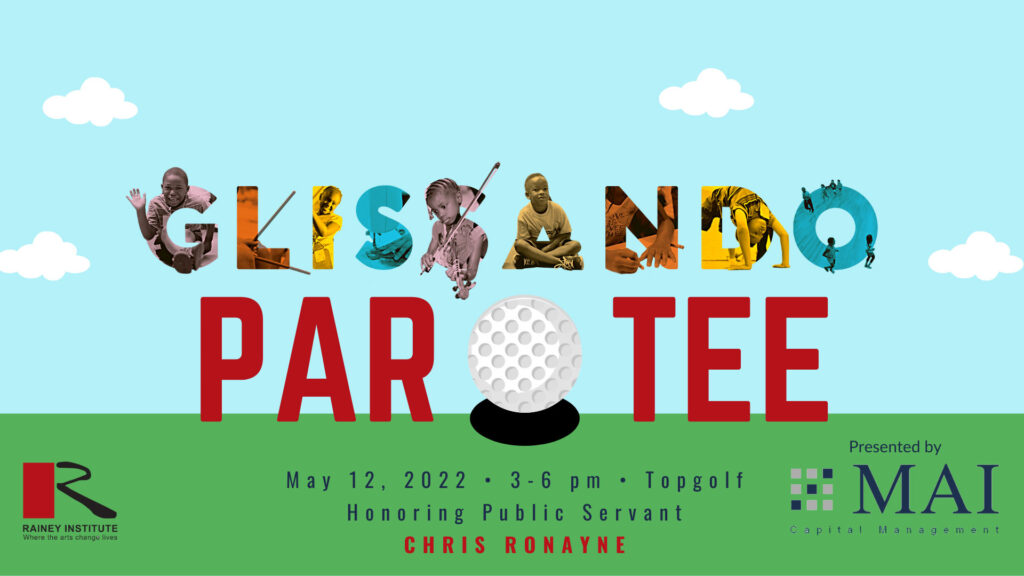 There are a limited number of individual tickets available for Glissando 2022.  You can purchase them by clicking the button below.

(Button will open a new window to our Payment Processor)

After 2 years, our biggest fundraising event will once again be celebrated together!

Rainey’s annual benefit, Glissando, has been designed in 2022 to offer our corporate partners an opportunity to say “thank you” to their own employees while giving back. Becoming a sponsor of Glissando this year means your employees get to enjoy a much needed Golf Happy Hour teambuilding activity at Topgolf on a Thursday afternoon, while they learn more about how Rainey’s programs change lives through the arts.
Rainey remains dedicated to helping young people develop strong character, self esteem, and critical life skills through out-of-school-time activities in music, dance, theater, and visual arts. As always, the proceeds from sponsors will ensure Rainey kids get to spend their time after school, on Saturdays, and over the summer exploring their talents in a safe, nurturing environment. We hope your company will consider a sponsorship this year to celebrate the resiliency of the arts, of our students, and our workplaces.

Help Us Change Lives Through Art

We have several high-exposure sponsorship opportunities for both corporate and individuals to lend their support to this momentous event!

Chris Ronayne began his career in public service in 1996 with the Cuyahoga County Planning Commission where he developed community reinvestment plans with municipalities across Cuyahoga County. He became Planning Director for the City of Cleveland in 2002, then Chief of Staff and Chief Development Officer overseeing over 5,000 employees and managing a budget of more than a billion dollars. After his time at Cleveland City Hall, Chris served as President of University Circle Inc., the nonprofit Community Service Corporation that leads community development, education, and safety efforts in the University Circle neighborhood, Ohio’s fourth largest job hub and Cleveland’s center of arts and culture.

While at UCI, Chris partnered on $300 million in transportation improvements, over $6 billion of community redevelopment, delivered more than 2,500 new and renovated neighborhood homes to the area, developed after-school and summer programs that engaged more than 10,000 students each year, and connected small businesses to Cleveland’s arts, education and healthcare institutions. In the summer of 2021, Chris launched his campaign for Cuyahoga County Executive. 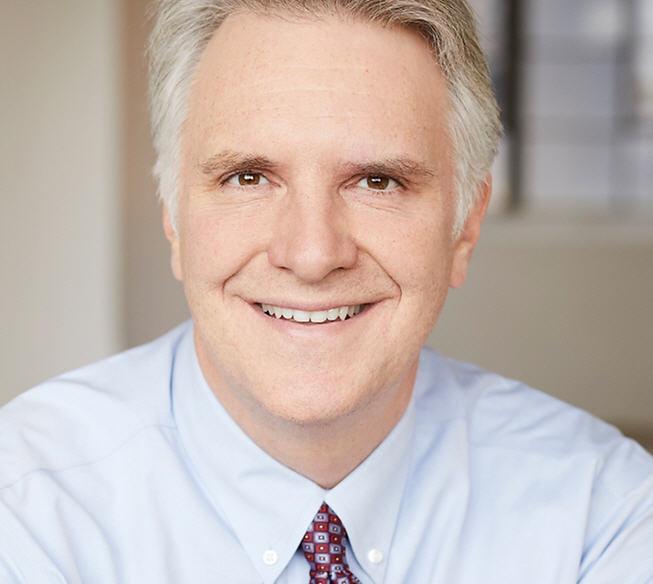 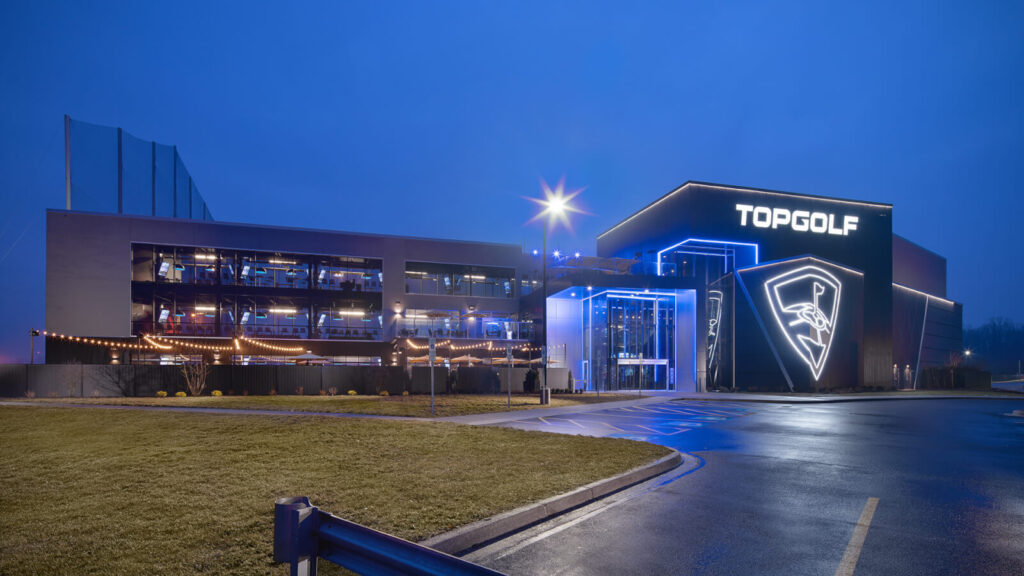 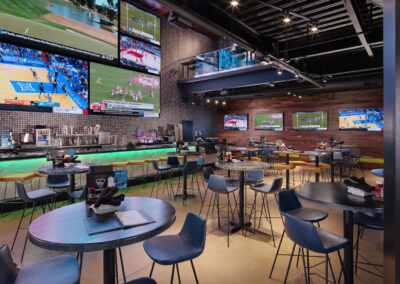 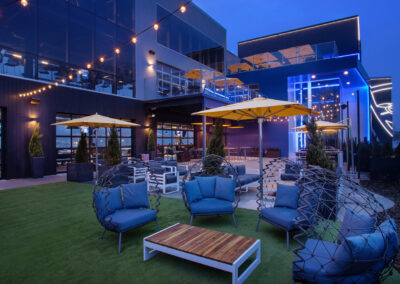 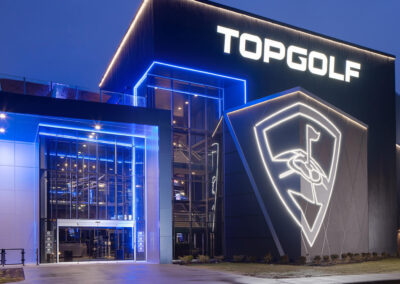 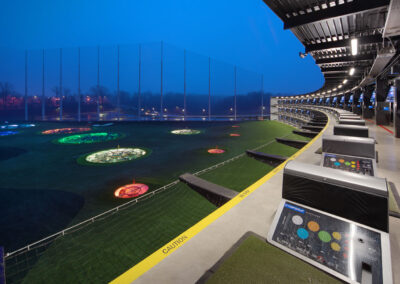 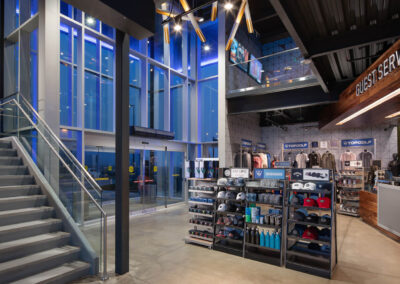 We’re so excited to partner up with Topgolf Cleveland for this year’s Glissando fundraising event!  If you’ve never been to Topgolf it is an AWESOME EXPERIENCE.  The facility is state-of-the-art.  You do not need to be a golfer.  You do not need to have or bring your own clubs (unless you want to).  They have bars, music, and fun.  A perfect place to learn about helping us achieve our mission to provide the arts to every child regardless of their ability to pay!  We can’t wait to see you there – It’s gonna be a PAR-TEE!

Our venue was picked specifically to ensure our guests are comfortable gathering in-person. The venue is open air, no matter the weather, and golf pods lend themselves to safer, smaller groups.

Rainey’s corporate partners value their employees’ well-being and sense of  community. We hope to provide an  opportunity for you to say “thank you” to your employees with a fun and meaningful experience.

Businesses today are not simply driven by profit, but by values of good citizenship that motivate and engage their workforce. Glissando is an opportunity to display how corporate/non-profit partners can work  together to reach mutually beneficial  outcomes, and introduce employees to a cause they can support.

Dedicated Hole-in-One Challenge included for a chance at $10,000

This sponsorship level is reserved for individuals.

3 Hours of Unlimited Golf for 6 players per pod, plus 2 guests (non-golfers)

Options to play in in-event challenges

WE ARE READY TO PAR-TEE!!